Slowing the spread of infection: How fund managers have mitigated systemic risks this time

The covid-19 crisis has changed so much about daily and commercial life, and the fund management industry is no exception.

Business continuity plans and procedures, stress-tested far more frequently than ever implemented in the past, were deployed universally. Portfolio managers, risk officers, due diligence professionals, IR and sales teams and others immediately and pretty seamlessly transitioned to working from home, crucially, without any major impact for investors.

Whether this is the positive, albeit unintended, consequence of increased investment in IT infrastructure by financial institutions over the past decade or simply the result of a highly digitised world, investors have been struck by the asset management industry’s ability to adapt quickly with limited disruption.

The Covid-19 crisis has also caused a major rethink on liquidity management tools like redemption restrictions, something that would have been unthinkable only a few short months ago.

As 2007-2008 reminded us, a “run” on a financial institution takes different forms and frequently occurs hidden from public sight. When hundreds of investment funds imposed restrictions on withdrawals during the global financial crisis, it took place away from the glare of media scrutiny and seemed to catch many off guard – including policymakers, regulators and many investors.

While fund liquidity management tools existed prior to 2008, their use was relatively rare. In 2006, the last year of the pre-crisis bull market, only 4% of hedge fund managers enacted discretionary liquidity provisions such as side pockets or gates, but by 2009 that number had risen to around 30%. The practice had become commonplace and affected thousands of large and small investors around the world.

The perceived lack of transparency around some of these decisions, however, contributed to a sense that the imposition of liquidity management tools at short notice, seemingly without warning, was inappropriate, even controversial. That this helped to mitigate systemic risks and stabilise markets was ignored by critics of the sector. Fund managers that deployed these tools faced reputational risks and some struggled to rebuild their businesses after the markets recovered.

An emergency caused by a virus and a government shutdown is clearly not the same as the global financial crisis. But as in 2007, this year’s crisis initially saw extraordinary levels of financial market volatility, which contributed to the quickest global bear market in history. As before, short selling was banned in certain jurisdictions and funds restricted redemptions, albeit only temporarily.

Given the issues experienced during the 2008 Global Financial Crisis (GFC) around fund liquidity, it is no surprise that it was an area that rightfully received regulatory attention. Far from outlawing liquidity management tools, however, regulators have encouraged fund managers to develop and be willing to use them, but always to be transparent with investors when doing so.

As recently as last September, the European Securities and Markets Authority (ESMA), the EU’s securities markets regulator, published guidelines on liquidity stress testing for EU-domiciled mutual funds and alternative investment funds such as hedge funds and private equity funds. The guidelines, based on globally agreed principles developed in the aftermath of the GFC, set out a mechanism by which managers regularly test the resilience of their funds to different types of market risks, including for liquidity risk, and report their findings and actions to their national authorities. While the deadline is not until later this year, many fund managers have already implemented measures in response to Covid-19.

We are seeing evidence of deployment. Some managers have activated fund gates temporarily to facilitate the accurate valuation of assets. Others have used redemption deferrals, usually by no more than a few days, to allow more time for portfolio managers to liquidate assets when trades are proving difficult to execute.

This is also a reminder of how rapidly liquidity costs such as bid-ask spreads can widen and how it is more important than ever to monitor for these. For liquid assets such as equities, in normal market conditions these hidden costs fluctuate in line with market volatility. Yet while liquidity costs roughly doubled in Q1, in line with the increase in stock market volatility, liquidity costs have continued to rise in Q2 even though  market volatility has declined. This suggests that we should not be completely reassured by the dampened volatility of recent weeks and that managers are still finding it more difficult and expensive than before the crisis to find buyers, unwind positions and settle trades. Accurate monitoring of the true liquidity of the fund assets remains essential in order for fund managers to ensure an appropriate and effective response to the ebbs and flows of investor activity in times of extreme uncertainty.

The long-term impacts of these and other dislocations are still to be judged. We are still only in the early stages of this crisis and should be prepared for further shocks. But markets, managers and regulators have improved the tools at their disposal, from improved technology to sophisticated liquidity monitoring and management infrastructure, and appear much better placed to mitigate the risks of an even deeper crisis.

Xavier Parain is the Chief Executive Officer of FundRock and was previously Managing Director at the Asset Management Directorate at the Autorité des Marchés Financiers (AMF), the French financial markets regulator. 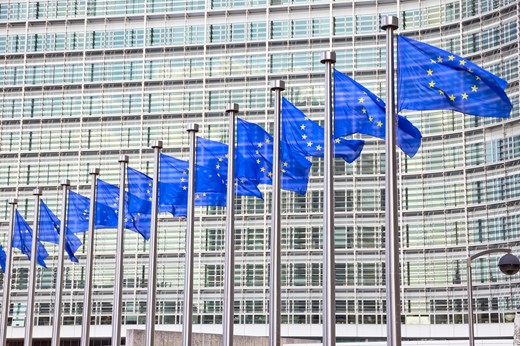 Strictly necessary cookies ensure that our website is able to function properly. We don't have to ask for your consent to store these cookies on your browser.